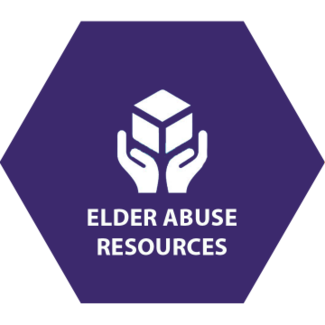 If you or someone you know is a victim of elder abuse, help is available. Every state, commonwealth and territory has resources to assist you and to inform those interested in preventing or reporting elder abuse. The key to prevention and intervention of elder abuse is the ability to recognize the warning signs of its occurrence. Signs of elder abuse differ depending on the type of abuse the victim is suffering.

Each type of abuse has distinct signs associated with it.

Physical abuse can be detected by visible signs on the body, including bruises, scars, sprains, or broken bones. More subtle indications of physical abuse include signs of restraint, such as rope marks on the wrist, or broken eyeglasses.

Emotional abuse often accompanies the other types of abuse and can usually be detected by changes in the personality or behavior. The elder may also exhibit behavior mimicking dementia, such as rocking or mumbling. Emotional abuse is the most under-reported abuse of elder abuse. Elder abuse occurs when a person fails to treat an elder with respect and includes verbal abuse, the elder experiences social isolation, or lack of acknowledgement. Some indicators of the emotional effects of elder abuse is the elder adult being unresponsive or uncommunicative. Also they can be unreasonably suspicious or fearful, more isolated, and not wanting to be as social as they may have been before. Emotional abuse is under reported, but can have the most damaging effects because it leads to more physical and mental health problems.

Financial exploitation is a more subtle form of abuse, in comparison to other types, and may be more challenging to notice. Signs of financial exploitation include significant withdrawals from accounts, belongings or money missing from the home, unpaid bills, and unnecessary goods or services.

Sexual abuse, like physical abuse, can be detected by visible signs on the body, especially around the breasts or genital area. Other signs include inexplicable infections, bleeding, and torn underclothing.

Neglect is a type of abuse in that it can be inflicted either by the caregiver or oneself. Signs of neglect include malnutrition and dehydration, poor hygiene, noncompliance to a prescription medication, and unsafe living conditions. In addition to observing signs in the elderly individual, abuse can also be detected by monitoring changes in the caregiver’s behavior. For example, the caregiver may not allow them to speak to or receive visitors, exhibit indifference or a lack of affection towards the elder, or refer to the elder as “a burden.” Caregivers who have a history of substance abuse or mental illness are more likely to commit elder abuse than other individuals.

Abuse can sometimes be subtle, and therefore difficult, to detect. Regardless, awareness organizations and research advise to take any suspicion seriously and to address concerns adequately and immediately.

Take care of your health.

CALL 9-1-1 IMMEDIATELY IF YOU OR SOMEONE YOU KNOW IS IN LIFE-THREATENING DANGER.

If the danger is not immediate, but you suspect that abuse has occurred or is occurring, please call the non-emergency number for your local police department.