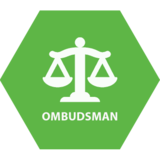 Long-Term Care Ombudsmen are advocates for residents of nursing homes, board and care homes, assisted living facilities and similar adult care facilities. They work to resolve problems of individual residents and to bring about changes at the local, state and national levels that will improve residents’ care and quality of life. The Long Term Care Ombudsmen Program is always seeking volunteers. For information call 1-877-521-3500 and asked to be put in contact with the Regional Ombudsman Supervisor.

Begun in 1972 as a demonstration program, the Ombudsman Program today exists in all states, the District of Columbia, Puerto Rico and Guam, under the authorization of the Older Americans Act. Each state has an Office of the State Long-Term Care Ombudsman, headed by a full-time state ombudsman. Thousands of local certified ombudsman staff and volunteers work in hundreds of communities throughout the country as part of the statewide ombudsman programs, assisting residents and their families and providing a voice for those unable to speak for themselves.

The statewide programs are federally funded under Titles III and VII of the Act and other federal, state and local sources. The AoA-funded National Long-Term Care Ombudsman Resource Center, operated by the National Consumers’ Voice for Quality Long-Term Care (or, Consumer Voice), in conjunction with the National Association of States Agencies on Aging United for Aging and Disabilities (NASUAD), provides training and technical assistance to state and local ombudsmen.

What Concerns Does an Ombudsman Address?

Who Can Use an Ombudsman’s Services?